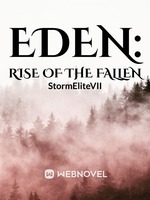 Eden: Rise of The Fallen

What is Eden: Rise of The Fallen

Eden: Rise of The Fallen is a popular web novel written by the author StormEliteVII, covering WEAK-TO-STRONG, GOD, ROMANCE, ACTION, ADVENTURE, CULTIVATION, ELEMENTAL POWERS, FAST-PACED, UNIQUE ABILITIES, TIME-SKIP, Fantasy genres. It's viewed by 95.8K readers with an average rating of 0/5 and 6 reviews. The novel is being serialized to 83 chapters, new chapters will be published in Webnovel with all rights reserved.

(This story is a work of fiction, any similarity to real life is just a coincidence) In the year of 3399, The entire planet was taken over by Elemental Beasts and in their last attempt to survive, humanity ran away to the mysterious island of Eden. A strange place where no beast would dare approach. Nearly a thousand years later when humanity has started rising once again. The story follows Roderick Graham, the adopted son of a famous explorer and a genius of swordsmanship before the discovery he's allergic to the four primal elements and even slightly contact with it could kill him. Roderick is broken upon discovering his inability to become an Elemental Master in an incident that made him lose his ability to fight. Follow this fallen genius in his journey as he discovers greed, hatred, love and slowly uncovers the secrets of his past. [Hello, I'm StormEliteVII. This is my second work and I hope it is an advance compared to my first novel, Supreme Origin: Time King. This story is just a test for now and I'm not sure if it shall be continued as my first novel is still ongoing, but I hope you enjoy it. I expect this story to NOT have more than a hundred chapters]

Awakening of the Ancient: Rise of the Fallen