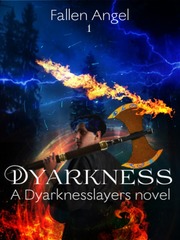 Dyarkness is a popular web novel written by the author dagandalfman, covering MAGIC, DARK, BOYXBOY, ELEMENTAL, MYTHICAL, AIR, CURRENT, Magical Realism genres. It's viewed by 928 readers with an average rating of 0/5 and 1 reviews. The novel is being serialized to 2 chapters, new chapters will be published in Webnovel with all rights reserved.

Magnus has always known that he had magical powers. People called him crazy. Physiatrists and counsellors, said that he had an interesting psychology, and that he was mentally ill. He was starting to think that as well, until he was taken. There is an ancient myth that there was a kingdom, or metropolis beyond the woods for magic, where shadows abduct children to attend. Over the years, it's been transformed into a legend that only children listen to. Now Magnus is plunged into a world, every thing that he had ever wanted, gods, magic, angels and all. Now in a world where another dark myth has also haunted children for thousands of years. Of an embodiment of greed, malice and power, known as the Dyarkness. Millions years ago, the three greatest slayers of demons, Dyarknesslayers, destroyed the monster, now that hell is rising once more, can Magnus possibly stand a chance? Next time Magnus should be careful about what he wishes for... Also in this realm is constant warring, assassinations of parents, warlocks, blood thirsty vampires, unicorns with guns... Oh and a chance at death at every turn.