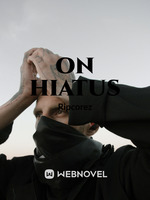 Dropped(HWAK) is a popular web novel written by the author Ripcorez, covering REINCARNATION, HAREM, ACTION, CULTIVATION, MALE PROTAGONIST, OP MC, BETRAYAL, OVERPOWERED, UNDERESTIMATED PROTAGONIST, TIME-SKIP, Fantasy genres. It's viewed by 18.6K readers with an average rating of 4.8/5 and 12 reviews. The novel is over and can be read all 0 chapters in Webnovel with all rights reserved.

This novel is in an indefinite hiatus. (Until I finish my first as I can't keep up with two novels at once)