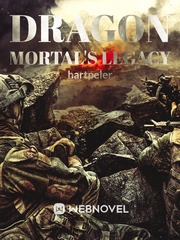 What is Dragon Mortal's Legacy

Dragon Mortal's Legacy is a popular web novel written by the author hartpeler, covering ACTION, ADVENTURE, COMEDY, WORLD, ANTI HERO, WAR AND AGGRESSIVE, Magical Realism genres. It's viewed by 5.7K readers with an average rating of 0/5 and 3 reviews. The novel is being serialized to 7 chapters, new chapters will be published in Webnovel with all rights reserved.

The year 2020 New World Order, Trade War, Pandemy, Poverty, Everything! It's on Kanshera modern era as the world would crumble to its darkness for once again. The old ancient Dragon Mortal's Tale was once again. Repeated as a man's ancestor who sealed it one millennium ago with his Darkness Dragon Mortal. A man who set his adventure to the world where he would go, to solve every issue in the world as the war is continuing just to wage for three things that his ancestor had mentioned millennium ago. "Power corrupts you, Gold blinds you, Blasphemy kills you." and the man said, "Ancestor. I swear, I will return this world and seal the tale for once again!"