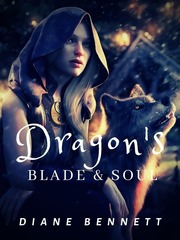 Kingdom Breremew was founded upon the bodies of seven great dragons. Scattered across the kingdom are the buried fossils which possess more magic than any sorcerer in the world has ever seen. The legends have lasted through thousands of years. The dragons are coming. They have already chosen their savior. ~ Salece―or otherwise known to her Brotherhood as Sal―was raised alongside the assassins of Kingdom Breremew. Known as the Equanot, the Brotherhood is a force which plagues many of the villages and territories inside the large kingdom. Sal has known only of the world inside the Equanot. When she's tasked to kill the Lord of Martolia, she's swept into a scheme to kidnap Princess Anna. Through bitter hate, Sal and Anna must work together to escape from their captors, but it isn't as simple as it might seem. Sal has the power to sense when bad things are coming. But her power isn't strong enough to see the rocky journey ahead that puts not only herself, her Brotherhood, or the princess in danger.