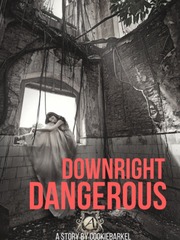 What is Downright Dangerous

Downright Dangerous is a popular web novel written by the author NykkyBee, covering ROMANCE, ACTION, GANG, MULTILINGUAL, FAMILY FEUD, Teen genres. It's viewed by 1.5K readers with an average rating of 0/5 and 0 reviews. The novel is being serialized to 0 chapters, new chapters will be published in Webnovel with all rights reserved.

Her home has been hit by disaster after disaster. First a drought and heat wave hit over the summer. Killing of most of the plants. Then a huge tornado hit once they got there first breath of fresh air. Then when they were in the middle off picking them selves up, and earthquake shatter homes, tore apart the cities. Homes were sucked into the ground with families still in them. People started fighting and looting. Gangs took over certain sections of land. Families that didn't pick a side got killed in the cross fire. The government left them to fix things on there own, or should it be called ruin things further, on their own. You are born years in the midst of this all. Growing up in the Banda De Sangre, or Blood Band, you have had to learn the way of the streets. It is dangerous to be in your own territory, more dangerous to be in the neutral territory, and suicide to be in the others territory. One day you are scavenging, and you get cornered by the soon to be leader of the Día Oscuro, or Dark Day. The one special thing about you is the fact that you are soon to be the leader of you gang. And you are the first girl to ever be leader. Things get interesting to say the least when Antonio García, the soon to be leader lets you off fairly easily, or did you get off easy for a reason?