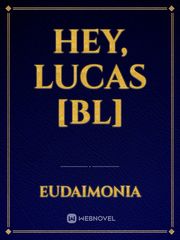 What is Don't worry, I won't let you forget me [BL]

Don't worry, I won't let you forget me [BL] is a popular web novel written by the author eudaimonia, covering ROMANCE, MODERN, REALISATION, BOYSLOVE BL, Realistic Fiction genres. It's viewed by 13.1K readers with an average rating of 0/5 and 1 reviews. The novel is being serialized to 21 chapters, new chapters will be published in Webnovel with all rights reserved.

[Updates: Once a week] Lucas maintains his distance at people due to an incident two years ago that haunts him until now and due to that, he's always alone and has become a subject of malicious rumors and stories. Gray, on the other hand, is the opposite, He likes to make everyone comfortable around him until he meets Lucas that his friendly persona got challenged. Is he really that curious about Lucas? Or is there already something that he feels about him? [On hiatus]