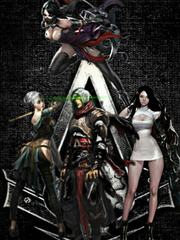 What is Dimensional Rupture - A Ghost Boy In Marvel.

Dimensional Rupture - A Ghost Boy In Marvel. is a popular fanfic written by the author Chris_Mayo, covering REINCARNATION, HARÉM, MARVEL, ACTION, CULTIVATION, Movies genres. It's viewed by 495.2K readers with an average rating of 4.04/5 and 24 reviews. The novel is being serialized to 22 chapters, new chapters will be published in Webnovel with all rights reserved.

What would happen, if any boy fan of the movies of the marvel universe, wake up one day in the body of another person in a world that apparently does not know with the phantom powers of what he believed a cartoon. The marvel universe has never seen anything like it. Note: Due to poor command of English grammar, this story will have spelling mistakes. If you don't like reading in these situations, stop and get out of the story. ... ... If you keep reading this it is because you do not care about that problem, if so then welcome and enjoy