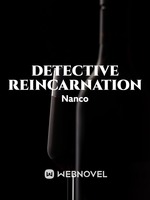 What is Detective Reincarnation (ENG)

Detective Reincarnation (ENG) is a popular web novel written by the author Nanco_Demon, covering REINCARNATION, FANTASI, DETECTIVE, PSYCHLOGICAL, Fantasy genres. It's viewed by 844 readers with an average rating of 0/5 and 1 reviews. The novel is being serialized to 1 chapters, new chapters will be published in Webnovel with all rights reserved.

A genius detective who was shot dead because he was considered a threat by the largest killer organization in the country and miraculously revived by the power of a necklace he got while still a student, he also plans to uncover everything that is behind his assassination that will occur in the future, but when he will examine his case, he is confronted by other homicides which may be related to his future murder.