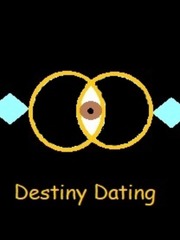 What is Destiny Dating

Destiny Dating is a popular web novel written by the author shadowdrake27, covering ROMANCE, ADVENTURE, COMEDY, MAGIC, Fantasy genres. It's viewed by 24.2K readers with an average rating of 4.53/5 and 11 reviews. The novel is being serialized to 21 chapters, new chapters will be published in Webnovel with all rights reserved.

Tyler has been out of the dating game for awhile, ever since Carla broke his heart. He always thought his high school sweetheart would be the one. Moving on seems impossible, until a new dating app is recommended to him. Destiny Dating promises to pair anyone with their destined lover. Not believing in destiny or true love, Tyler figures he has nothing to lose. Unfortunately, the app isn’t as simple as he expects. His first match, Dani, invites him to her palace in another world. Tyler isn’t one to believe in the supernatural, but he finds himself having lunch with the princess of a foreign world. If that isn’t enough, he quickly finds a second match that forces him into the middle of a civil war. First he loses the love of his life, then he is dragged into a different reality. Without anything familiar or anyone he can trust, Tyler has one question running though his mind: “Why me?”

Parallel Trials of a Somewhat Hero