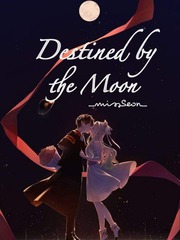 Destined By The Moon

What is Destined By The Moon

Destined By The Moon is a popular web novel written by the author _MissSeon_, covering ROMANCE, ACTION, ADVENTURE, R-18, MODERN, SC-FI ACTION, Sci-fi Romance genres. It's viewed by 1.3K readers with an average rating of 0/5 and 0 reviews. The novel is being serialized to 3 chapters, new chapters will be published in Webnovel with all rights reserved.

2057 a year full of wars. Cold wars and war between the earth and moon. Axis Vynne Satellite Alarcon, Lieutenant General of the Earth Ministry of Defense sent by the General of the Army to the Salyut-5, one of the Almaz station to spy the Clavian Moon Station and find the traitors. While, General Colonel Isaac, find out that one of the traitors is her ex-boyfriend. What will happen to the two of them if their only belief is "if you want to know the truth you must look in the moon.