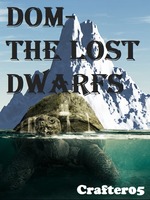 Descendants of Midgard - The Lost Dwarfs

What is Descendants of Midgard - The Lost Dwarfs

Descendants of Midgard - The Lost Dwarfs is a popular web novel written by the author Crafter05, covering ACTION, ADVENTURE, CULTIVATION, CRAFTING, WESTERN FANTASY, DWARFS, CONSTRUCTS, Fantasy genres. It's viewed by 13.5K readers with an average rating of 0/5 and 2 reviews. The novel is being serialized to 12 chapters, new chapters will be published in Webnovel with all rights reserved.

Follow the tale of Orfal Brownfury, a dwarf who tackles the struggles of his unique life in a lost dwarven society. Orfal hails from the fortress known as IronShell and was born into an originating colonal family of the place. The first generation Brownfury established a family trade that is strictly capitalized by each new generation descendant. It is common local knowledge that the Brownfury's successful beginnings is not credited toward their forefather's ability as a dwarf. Instead the family's success is a direct result of receiving the blessings of the four founding dwarf protectors of Midgard- Nordri, Sudri, Austri, and of course Vestri. The protector's blessings were required to be placed on an individual after a more interesting design flaw was uncovered during the creation of IronShell. Much time has past since then and the present IronShell dwarfs no longer have any recognition of Midgard or the founding dwarfs who build their stronghold. Maybe it's destiny that this young dwarf will figure out some of these fabled mysteries. But one thing will be made clear, there literally is no other dwarf with more motivation to know why than Orfal Brownfury.