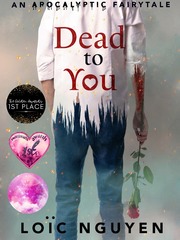 It was a summer of love at Little Brook, but not for Jack. His boyfriend Michael had just disappeared at the stroke of midnight. However, any attempt to find Michael was cut short. Indeed, a zombie plague had just struck their town. Now Jack and his friends have to find a way out of this hell on earth. This is a story where noble ghouls and malicious angels tread. A land of dreams and nightmares that come true. A fairy tale during the apocalypse. *A new chapter every Tuesday, Friday and Sunday!*