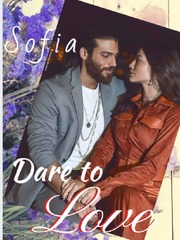 “I will never marry a coldhearted bastard like you! Wala kang alam sa pagmamahal. Walang mahalaga sa iyo kundi ang sarili mo!” Those were Atasha’s exact words when Kurt asked to marry her. Hindi naman siya nito mahal. He was after her family’s political record. But nothing could stop him from being a part of her family. Pinsan na niya ang nauto nitong magpakasal dito. Her cousin who was in love with her long lost boyfriend whom they thought died. She needed to save her cousin from a heartless marriage. At hahadlangan niya si Kurt sa pagsira sa buhay ng pinsan niya. Kahit na ano ang maging kapalit. An arranged marriage story of a cold aspiring politician and the rebel daughter who replaces her runaway bride cousin.