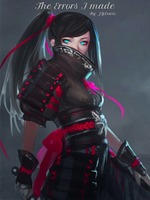 Dance Between Mortals and Immortals

What is Dance Between Mortals and Immortals

Dance Between Mortals and Immortals is a popular web novel written by the author JYLewis, covering GOD-GODDESS, ACTION, FEMALE-PROTAGONIST, FEMALE LEAD, EASTERN-FANTASY, SLOW-BURN-ROMANCE, Fantasy Romance genres. It's viewed by 77.6K readers with an average rating of 4.48/5 and 12 reviews. The novel is being serialized to 3 chapters, new chapters will be published in Webnovel with all rights reserved.

I am officially transitioning away from webnovel and to Ringdom. All future updates will be posted on there. Additionally all but the first arc will be gone from this site. A dance between Mortals and Gods/Goddess. Factions war and a eternal conflict as old as the world brews. Rize a girl hated for her eyes and who no one else accepts is accepted by the most unlikely of people. Events will follow that will shake the earth and heavens to their core.

She's That Knight Known as Zero