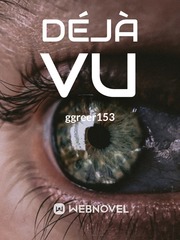 D.V. is a popular web novel written by the author saltypony, covering DRAMA, MYSTERY, LITERATURE, PSYCHO-THRILLER, SPECULATIVE FICTION, SCHOOL-LIFE COMING-OF-AGE, Sci-fi genres. It's viewed by 1.1K readers with an average rating of 0/5 and 0 reviews. The novel is being serialized to 6 chapters, new chapters will be published in Webnovel with all rights reserved.

In the late 21st century, Eloise Hue gives birth to a son, Arran, in a world depicted by synthetic biology and genetic editing – England’s fourth industrial revolution. Stirred by an ambition to rise to the top of their social class, who are the Aesthetes, Arran goes to great lengths to keep his real identity a secret. But this becomes more difficult when he has to learn to control his newfound abilities – a psychological skillset that may in the end become his own demise.