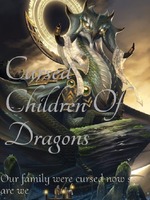 What is Cursed Children Of Dragons

Cursed Children Of Dragons is a popular web novel written by the author Natsugirl, covering FANTASY, MAGIC, MYSTICAL, DRAGONS, REVERSE HAREM, PARANORMAL, FANTASY-ADVENTURE, CURSED, DRAGONS FANTASY, Fantasy Romance genres. It's viewed by 3.9K readers with an average rating of 0/5 and 0 reviews. The novel is being serialized to 5 chapters, new chapters will be published in Webnovel with all rights reserved.

ΔOur family was cursed now so are weΔ Years ago, dragons ruled the mortal realm, they were worshipped by mortals and demigods alike, treated like the gods who envied the love and adoration all held for the dragons. When falsely accused of something they didn't do, everything changed. The dragons were accused of stealing the prizes dragon heart from the very God Ryo Wo, who guarded the sacred stone in the depths of the Kara-Tur Realm. Sentenced to live their existence in shells of bodies far more fragile than their own true forms, their dragons were trapped to the confines of their mortal minds. Their once giant forms became a faded memory as the mortals who once praised them stopped believing in the legend of the sky dwellers, of dragons who could move the sea and raise storms powerful enough to wipe out entire nations. Their memory now lost in time as their existence slowly became nothing but bedtime stories told to children. That was until a prophecy came to be. A prophecy that spoke of the children of the dragons and war rising in the horizon.