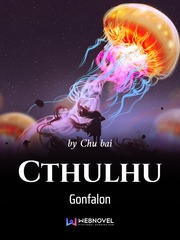 In the world, there were gods who obeyed the rules, whether good or evil. But there were also evil gods who defied the rules. When a traverser was confronted by the rules that he could never conform to, the resulting collision marks the beginning of the story of an evil god… This is the story of a good man who transformed into a great jellyfish, then traversed his world to arrive at a world of swords and magic. His journey of searching and exploring eventually led to him remaking nature and changing the world.