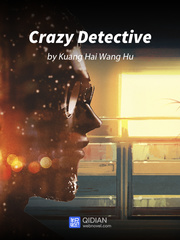 What is Crazy Detective

Crazy Detective is a popular web novel written by the author Kuang Hai Wang Hu, covering SYSTEM, MYSTERY, HIDDEN GEM, COMEDY, DETECTIVES, POLICE PROCEDURAL, Realistic Fiction genres. It's viewed by 8.6M readers with an average rating of 4.45/5 and 458 reviews. The novel is being serialized to 1201 chapters, new chapters will be published in Webnovel with all rights reserved.

A little ruffian who fought recklessly without any morals and bottomline accidentally time-traveled to parallel space and became a Key Case Investigation Team agent. The huge change in identity had him creating chaos in the police station. However, a strange miracle system helped him repeatedly solve mysterious cases, turning him into an impudent ruffian detective!

Rebirth: How A Loser Became A Prince Charming