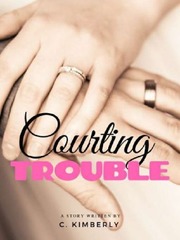 Malisha is a single mother, a disgrace and a disappointment in a world where Society, manners and propriety define the norm. Duke is her childhood best friend or so she thought. Ever since this Phaedra, the Supreme overlord of Veterum took over power, he has been anything but friendly. Now he finds joy in making her life miserable and as if that is not enough, the crazy man has somehow managed to convince himself that marrying her is a great idea. In a society where social standing is one's greatest asset, Malisha finds herself struggling to stand on her own feet after that fateful day almost five years ago. It doesn't help that her childhood best friend has made it his life's mission to make miserable, or that his new position, the Supreme Overlord of Veterum makes him practically untouchable. Well, to most people that is, but Malisha will have his head first before she allows him to mess with her life.