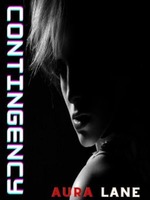 CONTINGENCY is a popular web novel written by the author 1800GOTMILK, covering ROMANCE, ACTION, ADVENTURE, MODERN, ASSASSIN, ROMANCE-ACTION, AGE-GAP, GORY, CLIFFHANGER, Contemporary Romance genres. It's viewed by 5.3K readers with an average rating of 0/5 and 0 reviews. The novel is being serialized to 13 chapters, new chapters will be published in Webnovel with all rights reserved.

PREVIEW: "I would back up if I were you...as to not ruin that pretty little night gown", I warned while the barrel of my pistol looked down at her husband's head. She glanced at me and fearfully looked down at her naked feet. "Now which one of you hit Max?" They remained silent and that pissed me off even more. "Since everyone appears to be mute and useless, I might as well kill you both; pick who goes first or I will." I quickly pulled out my knife and threw it towards the woman using my left hand; it missed her head by a mere two inches. From where I stood, I could almost taste the fear that radiated from her. "Now that I've demonstrated my seriousness, I expect some answers in a timely manner." I was very rational when need be. "I...I didn't mean to hit hi-", Darrel began, But I had already made my choice; therefore he was useless to me and regardless of how he would plead for his life, one of us wasn't going to make it out alive. "Well that's a nice sentiment but you won't be around to touch any one anymore, not even that beautiful wife of yours". An evil smirk plastered on my face. Without restraint I pulled the trigger, the weapon adjusted in my hand. Power coursed through my veins as I felt no remorse as usual. Specks of blood covered my face and shirt. Witnessing the assassination of her husband, the wife began to weep; "you'll pay for this", she whispered through gritted teeth. SUMMARY: Zena Carter has always been a troubled soul. Born and raised with a desperate need for all the wrong kinds of love. Her past is far too murky and her secrets are locked deep within her heart. After finding out that she was expecting; she had a choice to make. After all, having a baby by a man ten years her senior was not ideal considering that she was an assassin for hire. To add insult to injury, she discovered that her supposed lover is also a... FOR MATURE AUDIENCES ONLY (18+ advised)