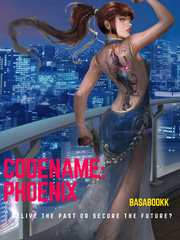 Codename:Phoenix is a popular web novel written by the author basabookk, covering R-18, ROMANCE, STRONG FEMALE LEAD, ENEMIES TO LOVERS, MULTIPLE POV, DOTING LOVER, CUTE KID, LEWD SUPPORTING CHARACTERS, Contemporary Romance genres. It's viewed by 2.7M readers with an average rating of 4.54/5 and 155 reviews. The novel is being serialized to 238 chapters, new chapters will be published in Webnovel with all rights reserved.

"Airline Heiress turned Murderer" "Spoiled Heiress Murdered Her Soon to be Father in Law" Xing Yin was once the envy of every female species. Aside from having an airline magnate as a doting father, she also had the most sought after bachelor Prosecutor Zhang Chenric as her fiancé. Unfortunately, things went down the drain for Xing Yin when she was framed for the death of General Prosecutor Zhang, Zhang Chenric's father. The negative publicity and unending gossips severed Xing Yin's bonds with her loved ones and made her life completely miserable. Her father, instead of standing alongside her during the lowest point of her life, chose to save his company and his reputation by disowning her. Even the love of her life, who she thought will never leave her side, put her behind bars and abandoned her without knowing that she was already pregnant with his child. Despite all the hardships everyone thought would destroy her, Xing Yin endured and survived. She clung on the flickering spark of hope in her heart and like a phoenix, she rose from the ashes of her old self. She lived through the flames of destruction and redeemed herself for the sake of her daughter. She then decided to forget the past and get on with her new life and identity-- vowing to never exact revenge to those who wrongfully accused her. However, fate had prepared a different path for Xing Yin and her daughter. The expansion of her Hotel and Casino Empire pulled her back to the place that shattered her dreams and tainted her soul. Will Xing Yin, now known as Wang Reiji, risk her present life to vindicate her previous self? Or will she choose to leave the past behind and live a worry-free life with her daughter? WARNING: SLOW UPDATES/IRREGULAR CHAPTER RELEASE

The Great CEO's Wife is a Gangster