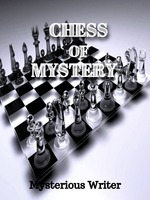 What is Chess Of Mystery

Chess Of Mystery is a popular web novel written by the author M_W, covering ACADEMY, ACTION, COMEDY, MODERN, ROMANCE, MALE PROTAGONIST, MYSTERY, THRILLING, Realistic Fiction genres. It's viewed by 188.3K readers with an average rating of 4.5/5 and 12 reviews. The novel is being serialized to 29 chapters, new chapters will be published in Webnovel with all rights reserved.