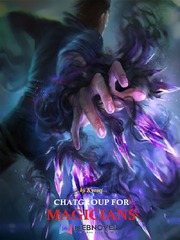 After an incident from his past school, he was forced to transfer from Hokkaido to Tokyo. The timing was just right because his parents died from an incident a few weeks ago and he inherited what was left by his parents. When he was inspecting the things left by his parents, he was greeted by a mobile phone with a chat group he didn't know of. After succumbing to curiosity, he was introduced to the hidden world that hides in plain sight to protect the humans from lurking danger. And he was recruited to become one, the one they call "MAGICIANS" -------------------------------------- This is under revision and the novel won't be connecting to the first chapters to the present at the moment. So unless the revised chapter is present on the author's note, that chapter is not yet revised.