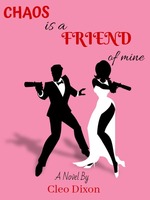 Chaos Is A Friend Of Mine

What is Chaos Is A Friend Of Mine

Chaos Is A Friend Of Mine is a popular web novel written by the author Cleo_Dixon, covering ROMANCE, ACTION, R-18, MYSTERY, VIOLENCE, CRIMINAL, CHAOS, Fantasy Romance genres. It's viewed by 2K readers with an average rating of 0/5 and 0 reviews. The novel is being serialized to 5 chapters, new chapters will be published in Webnovel with all rights reserved.

It was a bright morning when I met someone who turned my life upside down. Running through the parking lot, jumping over cars and running around vans with my gun in hand and a hilt with knives attached to my thighs. I was running towards the target of my organisation. My feet carried me forward while my eyes and ears stayed focused on my surroundings. I was heading towards the ground floor where the target has taken off towards. For a man with a build like his, he sure was fast. The sun was glaring down at me by the time I reached my destination. It was mid morning and the streets were busy. Heading to the left of the parking lot, I spotted my target just in time to see him turn a corner. Pushing people out of my way with my gun still in hand, their screams of fright made me become more focused. Made me move faster. It was all I needed to motivate me. Their screams. It opened my mind to the fact that I'll be able to make music with the man I'm to capture. What I didn't expect is to let him get away. All because of one stupid face. Coming from the opposite direction is someone I didn't expect to see. A stranger. Not just any stranger but a stranger with a gun. We aimed our guns at each other. Screams erupted around us. That just made me more relaxed. "Who are you?" to say I had a gun pointed at my head only a few feet away, I was pretty calm. "It's dangerous to carry a gun in the streets so openly" his voice was smooth and calm. I raised an eyebrow at him. "Pretty hypocritical. Don't you think?" He gave a deep chuckle. "Who are you?" "I'm an agent, I take it you're an agent as well." he said this as a fact, not a question. My eyes narrowed at him. "You know for a red head, you control your temper well. I can tell I'm irritating you" a stupid smirk appeared on his face. He was right, he is irritating me. It's just the constant screams of the people around me keeping me calm. "What's your name?" "I'm not supposed to say, but for a beauty like you, I'll make an exception. It's Agent John. What's yours?" "I thought you'd know that too" he shrugged in reply. "I'm agent Joan" "John and Joan. What a coincidence." *** A story of how I met the stupid bastard that claimed my heart. Carrie Mythweald is from the city and is basically the boss of her life. She's used to getting what she wants. Her favorite hobby is listening to the screams of her victims as she tortures them to death. Jason Decathy is a man of equal stature to Carrie, used to getting what he wants and is as stubborn as ever. His favorite color is the bloody red that leaves his victim's body when he kills them. Join them on their action packed adventure as they try to capture the biggest drug lord of all time and save society from his influence any longer.