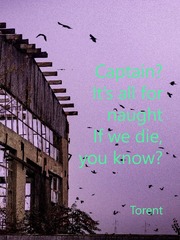 Captain? It's all for naught if we die, you know?

Karabell Ress. Or, as most people call him, the Captain. After waking from what seems to be a 2000-year-long slumber, he is faced with a harsh reality. Instead of prospering, humanity has almost perished. Aberrations - the name given to those monstrous beasts that have roamed the Earth for the past 2000 years. The mindless creatures that have almost driven humanity to extinction. But even so, humankind continues its endless struggle against the Aberrations. And he is the Captain, the one his team looks up to. The one who will protect them.