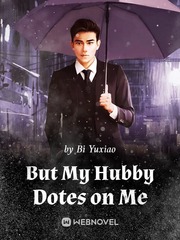 But My Hubby Dotes on Me

What is But My Hubby Dotes on Me

But My Hubby Dotes on Me is a popular web novel written by the author Bi Yuxiao, covering Contemporary Romance genres. It's viewed by 203.5K readers with an average rating of 4.29/5 and 18 reviews. The novel is being serialized to 40 chapters, new chapters will be published in Webnovel with all rights reserved.

Lu Weixi did the math in the morning. “Including today, you’ve been back a total of 10 days this month. We agreed when we got married five years ago that you’ll give me 50,000 a month, and that you’ll come home five days a month. You’ve exceeded that number. That'll be additional.” Qin Zhiyi curls his lips. “It’s too much of a hassle that way. How about we make it a lifelong deal?”

Another Chance To Love