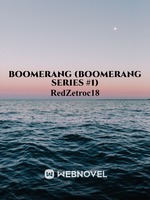 What is Boomerang (Boomerang Series #1)

Boomerang (Boomerang Series #1) is a popular web novel written by the author RedZetroc18, covering ROMANCE, BILLIONAIRE, CEO, MAID, COMEDY, DRAMA, HOTEL, SLICEOFLIFE, LAWYER, Romance genres. It's viewed by 4.7K readers with an average rating of 0/5 and 1 reviews. The novel is being serialized to 3 chapters, new chapters will be published in Webnovel with all rights reserved.

Growing up as a man of values, morals, and ethics has never been easy for Leon Velasquez, a twenty-eight-year old hotel businessman and renowned lawyer. He has gone through a series of life problems and failed relationships throughout his adolescence, but that did not stop him from becoming wiser and more mature. People testing his patience and spreading false rumors has died down. He gains more friends, especially that twenty-two-year old housekeeper named Harley Diaz. He deeply cares about her, but ironically hates her at the same time due to her lack of sensitivity. In fact, she's the first woman to ever destroy his usual kind and gentle composure. Life has been a rollercoaster ride as they endlessly bicker back and forth when all of a sudden, she confesses her strong desire to become his loving partner. However, there is one little problem: He still has a girlfriend.