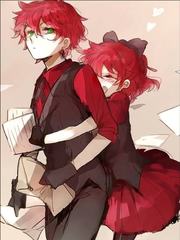 Book 1 of the System Series: In Remnant with Persona System

What is Book 1 of the System Series: In Remnant with Persona System

Book 1 of the System Series: In Remnant with Persona System is a popular fanfic written by the author ImBoredSoMeh, covering others genres. It's viewed by 1.2M readers with an average rating of 4.25/5 and 35 reviews. The novel is over and can be read all 71 chapters in Webnovel with all rights reserved.

"Who I was before? I don't know. Should I worry? Maybe? Will I save the world? Yeah, not my problem. Good luck, though. My little sister is in trouble! Get outta my way! Big bro is coming to help! Even if I have to leave the world to its destruction!" This is also on Fanfiction.net, same name and everything. The author is the same, but with Web novel limiting the word count, so I had to make it similar to my fanfic's username. Warning: Bad grammar, English not my first language. Check the other stories of mine in https://www.fanfiction.net/~imboredsojustdoingrandomfanfic Ignore the profile, I'm too lazy to get rid of it and place it in a single chapter for one of my fanfics. I'm may or may not post the others on this site. Most of my work will be on fanfiction.net. Thanks for reading. As one of my readers told me to post this fanfic over this website, and I find myself why not. patreon.com/theBoredAuthor <- you can help out or not. It is just an option.