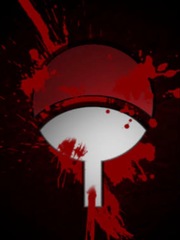 Blind Honour of an Uchiha

What is Blind Honour of an Uchiha

Blind Honour of an Uchiha is a popular fanfic written by the author Kindasus, covering NARUTO, UCHIHAMC, NARUTOFANFIC, UCHIHA, BLIND, Anime & Comics genres. It's viewed by 33.1K readers . The novel is being serialized to 5 chapters, new chapters will be published in Webnovel with all rights reserved.

Itsuki, a blind Uchiha born on the Kyuubi massacre. Known as a disgrace to the clan and seen as more useless than the most useless person from the side branch. No-one needs a blind person to be a ninja, especially if its an Uchiha who are famous for their Kenkei Genkai, the Sharingan. As soon as the doctor notified his parents of him being blind, they disowned him immediately and left him to die. Fortunately, Mikoto Uchiha, wife of the head of the Uchiha clan took pity on him and adopted him. Seeing as Itsuki was born on 'that day' he had treatment nearly as worse as Naruto in his childhood, being beaten up and glared at. Soon enough, Naruto and Itsuki met each other, they found happiness in each other and became brothers in all but blood. Naruto always guided Itsuki because of his blindness and Itsuki, in return supported Naruto in everything

Naruto: The Eye of Blood

Tales of Hiroki: A Naruto Story