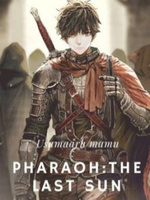 What is Blessings in disguise

Blessings in disguise is a popular web novel written by the author Usamaarh, covering MODERN, MYSTERY, FAMILY, BILLIONAIRE, SHORT-STORY, EMPIRE, WEBNOVEL, FAME, DECEPTION, Magical Realism genres. It's viewed by 11.9K readers with an average rating of 0/5 and 2 reviews. The novel is being serialized to 17 chapters, new chapters will be published in Webnovel with all rights reserved.

Before you get to the synopsis, this book is not about magical realism. I unintentionally chose magical realism as the genre of this book when I first started but I later changed it and yet every time I search about it on the web it still shows magical realism, I honestly don’t know why. Kingston walker is a young bachelor who holds a doctorate degree at the early age of 25. His love and passion for computer science drove him to an extent where he was called “The one who knows better than the teacher” (TOWKBTTT). A year after he finished his studies, after forfeiting “The annual family game” he was asked to marry Nikita, a woman he doesn't know(Explained in the story), rejects the proposal at first but later finds out a dark secret behind the marriage proposal. He learns that his fiancee and family's life might be in danger if he doesn't accepts the proposal. So after giving hard thoughts into the matter, He couldn’t let his family or an innocent lady’s life be endangered. Early marriage was never part of his plan but has to for his family’s sake, There is something fishy about the proposal but nobody realizes that except kingston. He finally accepts the proposal with a condition that his family's fortune will be transferred to his name. He takes on the responsibility of protecting his family and those close to him but...nothing is as it seems. Not even this synopsis.