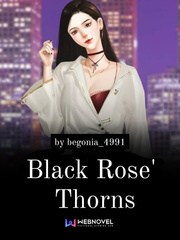 ON HIATUS She loves everything........black. Lifeless. Hueless. Her life was like that growing. Her mother died when she was just six months old. Her father right away took in an already pregnant woman to whom he has also has two years old daughter. She suffered and experience too much bitterness within her so called family that she no longer felt any bitterness or hate, only indifference. However, things with her unbothered attitude started to changed drastically just after that 'night'. She started to fight for her right on her father's company which was originally, her mother's family company. She never planned for any revenge, but everytime she would remember that 'night', she would seethed in anger that making her so called family lives' uncomfortable could only eased it out. Even to the point of angering her father and stepmother to death, all the more better. Her main goal was to have an utmost control with everything in her life, company, and even nemesis but she never expected that after that 'night' , fate really intend for her to meet the possessive, control freak and psycho of an underworld overlord who would bring chaos in her 'trying to organized' world. . . Man: *while comfortably resting his head on his woman's soft and sweet lap* 'I can deliver your stepmother's head on a gold platter if you want to. Including you stepsister, stepbrother, and your bastard of a father. ' Woman: *sweetly giggled* 'Better if they themselves deliver each of their own head to me.' Man: *thought deeply before replying* 'But,...... they'll be dead then.' Woman: *smiled sweetly like an angel* 'Now that's the paradox.' . . This a heart-warming fluffy romance story despite of it's dark theme. Therefore, I'd honestly call it, as a paradox. And I hope, I really hope I can pull this off. *Fu Fu Fu*