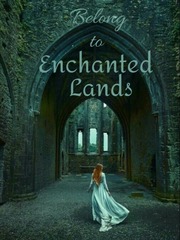 "There is always more meaning to dreams, they are more than just fantasies, more than just nightmares, their meaning goes way deeper than mere illusions, all we need is to find a path through them, to see a glimpse of truth, of our destiny." Adora has always been an outcast, there has never been a place where she felt like she belonged, she had friends, a not-so-loving foster family, and still, there was a sensation that something was missing inside her, her heart never felt belonged and with the nightmares that have been haunting her from months, the emptiness in her heart has grown. But what if the nightmares she was having were more than just dreams?? What if the magical creatures that were considered mere fantasies exist?? Will she be able to hide her powers or a small slip will lead her in a turmoil of magic and enchanting lands, where she is more than just a human, where her legacy is greater than she assumed?? But with powers, comes a choice, and with the darkness rising, not just outside but inside of her, and where darkness seems more alluring than light, what will her heart choose??