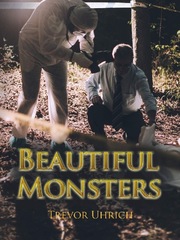 Beautiful Monsters is a story based in Chicago that focuses on serious crimes being made by all types of criminals who eventually get put into jail by the FBI’s Behavioral Analysis Unit. One of the all-around better teams within its city due to its highly intelligent agents and the amount of cases they solve per year. Time passes by as several criminals come together to form some sort of rebellious group that performs types of illegal activities. They were all brought together by one man only known as Lon Bryce. He’d act as their leader per say within the criminal group.