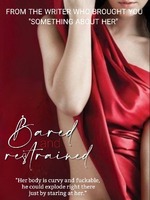 What is Bared and restrained

WARNING: MATURE CONTENT INSIDE | EROTIC-ROMANCE | R-18 SYNOPSIS "I'll make love to you until you let go of your fears. I will make love to you 'til you can't think of anything but me..." Evangeline have done so many unforgiveable sins. Pakiramdam niya ay nabubuhay na lamang siya sa mundo para pagbayaran ang mga kasalanang nagawa. She has nothing to blame but herself. At sa palagay niya ay hinahabol siya ng karma dahil biglang bumalik ang lalakeng minsang yumarak sa pagkatao niya. Hefner, the father of her son, came back in her life in a speed of light. He never changed. Patuloy pa rin nitong ipinapamukha sa kanya ang masakit na katotohanan na habangbuhay siyang hahabulin ng nakaraan. He even tried to take full custody of their son--- the only thing that makes her life worth living. Pero hindi niya hinayaan iyon. But knowing Hefner, he knew better than to give up. Dahil hindi lang pala ang anak nila ang gusto nitong makuha kundi pati na rin siya. And she has no fucking idea. They were both broken. Both have nightmares and ghosts from their pasts. And she knew that fact from the first time she've met him. And she also knew that giving in and surrendering all her inhibitions to the hot and humid temptation will only leave them more broken than before. So, she tried to avoid the temptation. TRIED. She tried. Heaven knows she tried but failed. Because he already stripped her mind, body, and soul bare, restraining every bit of her heart to him to the point that her attempt to run away from him became useless. She knew it in the first place, hasn't she? That running away from Hefner wasn't because of the fear to give in but because of her fear to be exposed? She's afraid to show her past... secrets that will tend to ruin everything she has when unveiled. But Hefner will do everything he can to make her stay, even if it means deceiving and seducing her to ways she could never imagine.

BECAUSE IT'S FIRST LOVE

A Slave To My Vengeful Lover