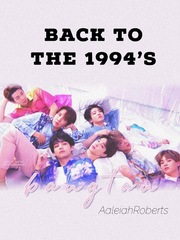 Back to the 1994’s//BTS is a popular web novel written by the author AaleiahRoberts, covering BTS, ROMANCE, JUNGKOOK, JIMIN, SUGA, JIN, RM, J-HOPE, VBTS, TAE-HYUNG, Teen genres. It's viewed by 2.7K readers with an average rating of 0/5 and 0 reviews. The novel is being serialized to 11 chapters, new chapters will be published in Webnovel with all rights reserved.

I never wanted to be here, in this situation... I wanna go back to 1994 when I was born for I can change what happens.. I wanna go back to 2000...Meeting them wasn't a bad thing... But getting my family ripped apart wasn't part of this either... Me leaving every month or staying away for one-two years wasn't the best for my family... I knew they were gonna split right before I left...Let's start with a story beyond you imagination.. Hi, I'm Lee Molina. My birthday is September 11th, 1994. I'm 26 years old, well I just turned 26. I'm a girl and I'm a security guard for the most famous K-pop band ever.. If you guessed it, way to go. I'm a security guard for the K-Pop band, BTS. I've known them since I started High School. Well only two of them. Kim Tae-hyung, also known by his stage name V and Park Ji-min, better known mononymously as Jimin. They then got transferred to different high schools in their second year idk why. I then got linked back up to them when my Agent I work for called and asked me if I wanted to help with their shows. I didn't do my background check on them, which I always do but my Agent said she already did and that I didn't need to. So when I went to met them. I seen Tae-hyung and Ji-min.. I was surprised I would see them again, but they didn't remember me. I personally was thankful for that because they didn't know me in high school but I still kept a close eye on them to make sure they were okay in school. My first security "gig" was my first year with my agency, I was half way through. My Agent called me on January 1st. I was kind of shocked because they were half way through with their first tour. Their ACTUAL security guard, like the one who walks with them everywhere came down with something life threatening so their agent called my agent and my agent called me because I was good at my job even though she had a first in command set and ready but he wouldn't do it. But let's start with when I was in High School, shall we?