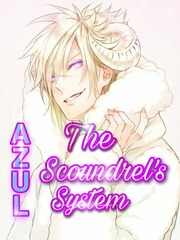 A guy died in the middle of alleyways after getting beat up to pulp by some low level thugs for apparently no good reason! As he thought he died, A light suddenly flashed in front of his eyes and a beautiful Goddess like woman appeared in front of him. This is the story of Zen Ferox a guy who received a unique system after dying two times and finally reincarnating for the third time as a handsome man. "Eh? I am the God of lust? how can this be possible? I was a Fcking virgin in my previous two lives." Heavens! Be happy you! why the hell are you questioning in your own fortune. Ehem! So oh well, This is the story of Zen Ferox who will conquer many beauties Ranging from Humans, Demoness, Elfs, Fairies, Pixy spirits to Goddesses! He won't fcking stop! Join him on his adventures to not become the most powerful (Which he will eventually become) but to understand his whole powers and travel through the multiverse along with his massive Harem. A/N: The first ten chapters are basically the discription and the real story will start after that. To not keep you bored R-18 scenes have been added. All the girls will have there own qualities and spend there own fluff time with the MC. This is my first novel so go easy own me. Mild criticism and advices accepted. It's not my full time work so it won't be updated regularly but I will still update as I get the chance. *Inappropriate for people under 17* *I don't own the photo in the cover* *If you own the pic kindly ask me and I will put it down*