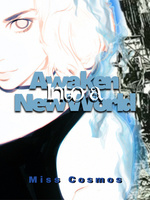 Awaken Into a New World: Book 1

What is Awaken Into a New World: Book 1

Awaken Into a New World: Book 1 is a popular web novel written by the author Alena_Always, covering ACTION, ADVENTURE, MYSTERY, SCI-FI, POWER, APOCALYPTIC, DYSTOPIAN, COMPLETED, SCIECE FICTION, Sci-fi Romance genres. It's viewed by 33.5K readers with an average rating of 4.9/5 and 10 reviews. The novel is over and can be read all 41 chapters in Webnovel with all rights reserved.

From the void of space, a ship appears. . . with only one purpose-to wipe out all the inhabitants off the face of the planet. Decades later, a young woman, Alecia, with her memory wiped, wakes up into a world she knows little about-except that it is now a husk of its former self. She ventures forth, unaware of the dangers that lay ahead. Very soon she finds out she's not like any human being. With her vulnerable mind, she possesses abnormal abilities not known to her. Not knowing how to tap into it. Not knowing if it can be controlled, she can only hope that it doesn't consume her. Alecia meets new individuals. Some are friends; some are enemies. While she learns little by little the mystery of her past, she finds herself drowned in need of knowing her origins. . . but it seems that the unknown is much more terrifying than she has ever imagined.