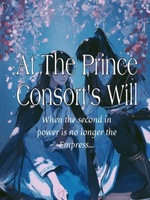 At The Prince Consort’s Will

What is At The Prince Consort’s Will

At The Prince Consort’s Will is a popular web novel written by the author WeiMoZhiEr, covering ROMANCE, ACTION, HARÉM, BL, WAR, SWORDS, ROYALS, Eastern Fantasy genres. It's viewed by 4.7K readers with an average rating of 0/5 and 2 reviews. The novel is being serialized to 7 chapters, new chapters will be published in Webnovel with all rights reserved.

[When the second in power is no longer the Empress...] -AU -•-•- The Kingdom Of Yun was a prosperous country that is the largest out of all the others. Though everything went to chaos when the Crown Prince, who became the Emperor, suddenly married a man! He even declared that his husband shall now hold the title of Prince Consort, a position higher than the Empress!! Even if homosexuality is not really considered strange, it was still absurd to take a man as your partner as an Emperor because you'll need a heir. So what is the Empress role now if it has been deemed lower? To assist the Prince Consort with the affairs of the harem. Not only is the Prince Consort in charge of the harem affairs, he also assist the Emperor with the court affairs! Many have joined the harem but the sad thing to say was that the Prince Consort was the only man in the harem while the rest are all women. Those snakes who entered thought they won because the Emperor never visited his lover's chambers at night. Oh yeah, no one in the Harem knows how the Prince Consort look like, not even the Empress.