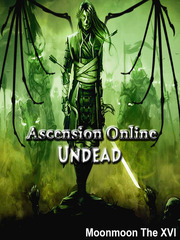 After the age of the conquest of mankind and other intergalactic races in vast decided to make peace and usher in the Age of harmony. But the conflict and threat of war never ceased. To satisfy everyone's craving for war, Ascension Online, the first-ever game which connected every civilization in the galaxy was launched. Soon enough, ascension became an integral part of the galaxy. Alek Bradman, a 23-year-old college graduate, now joins the game with a dream to stand at the apex of the game. Follow him on his journey to ascend to the apex of the galaxy. Disclaimer: The story may contain dark and sexual elements.