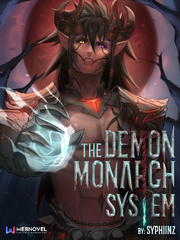 What is Ascension: Demon Monarch System

Ascension: Demon Monarch System is a popular web novel written by the author Syphiinz, covering EVOLUTION, SYSTEM, CULTIVATION, ACTION, WEAK TO STRONG, DEMON, ADVENTURE, GAME-ELEMENTS, RUTHLESS-MC, ACADEMY, Fantasy genres. It's viewed by 1.3M readers with an average rating of 4.81/5 and 42 reviews. The novel is being serialized to 158 chapters, new chapters will be published in Webnovel with all rights reserved.

What if the hardships one faced was only preparing them for a grander destiny? This fate could be said to have fallen on two unsuspecting people. Only after the occurrence of dismal circumstances did their paths converge. An ostracized youth; Apollo. A self proclaimed yet incomplete Demon Monarch; Azridan. These two meet, finding themselves somewhere unknown to both of them. Rather than either of their worlds, a series of mysterious events propel them to a new world—Astarat—where cultivation takes precedence. In this place, Azridan is to groom Apollo into a suitable candidate. However, to do so, not only would he have to end up challenging the world, he have to face situation unfamiliar to him. Follow the demonic liege as he unlocks his ability to summon demons, conquer and master Sins and travel beyond the world of Astarat. His confrontation with the Terrors is only his first step in his path to evolution! For the rise of the Demon Monarch albeit treacherous shall be nigh unstoppable! Book Discord: https://discord.gg/EX63KcUWjG —————————————————————————————— Extra Chapter Reward: 400 PS = 1 Bonus Chapter 900 PS = 2 Bonus Chapters 1,500 PS = 3 Bonus Chapters 3,000 PS = 5 Chapter Mass Release (Sunday) —————————————————————————————— Other Relevant Tags: Adventure, Game Elements, Hierarchy, Ruthless MC, Tragedy, Emotional Evolution, Academy, Military, Gore

Necron: The Legend Of Rezar DeathWind

Walker Of The Worlds