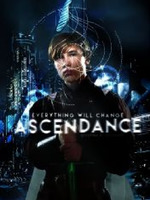 What is Ascendance The Original Lands Book 1

Ascendance The Original Lands Book 1 is a popular web novel written by the author Dalton_Faulkner, covering ACTION, ADVENTURE, ROMANCE, TRAGEDY, WAR, SCIENCEFICTION, LOYALSUBORDINATE, EPICBATTLES, YOUNGADULT, War&Military genres. It's viewed by 36.2K readers with an average rating of 0/5 and 6 reviews. The novel is being serialized to 21 chapters, new chapters will be published in Webnovel with all rights reserved.

I was once normal, until a fleet with far superior technology than our own came to from another part of the world that we never even knew existed. I was normal, until that very fleet announced they were here to get a member of their royal family, for him to be their next Emperor. I was normal, until that boy turned out to be me. And now, I'm anything but normal as I leave with the fleet towards the new part of the world. My goal is now simple, to graduate from it's Royal Academy, take my place upon the throne, and to consolidate my power. All of this while trying to survive assassination attempts, elitist nobles, and my best friend who knows nothing but crappy jokes. I'm anything but normal now, but I sure wish I wasn't.