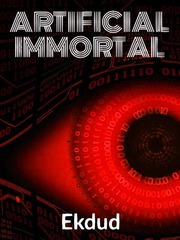 Human experimentation, the most taboo of all Sciences. Due to the possibility of the potential harm it could create, it has been banned for centuries. But a true scientist, ones who thirst for knowledge and results beyond everything and anything, never cares for such trivial matters as 'rules'. And hence, a man creates Artificial Immortality. Digitizing and Arching himself onto the data network, his goal had been to slowly take over the entire world's net from the shadows. But alas, this was not a perfected procedure and mistakes were bound to happen. A single error was all it took... Dropped in a 'game world' where monstrous warriors and magi who can blow apart mountains, Deus (Dr. Jack Bloom) will have to strive to figure out where he is exactly and how to escape. But is it really a game world? --- Release rate: Sporadic but hopefully 10+ a week. Release times: Also sporadic but likely in the evening PST