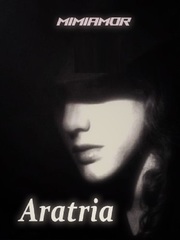 Tatiana Eleanor Cohen just came back from her solitary vacation after another successful murder case that got her promoted as the first assistant to the chief supervisor of the Underground Crime Investigative Commission, Sir Roman Walters; although the woman was not altogether happy about it. She craved for action and the thrill of it, not moping around doing paperwork and attending meetings that would probably bore her to death. Apart from that, Tatiana didn't like the fact that her boss wholeheartedly welcomed a stranger to their department and practically chose her previous line of work for him. Still, Cohen couldn't brush off the horror that she felt when she saw the man's face. It was strikingly the same face she sees every night in her sleep. The very face of her murderer. Strangely enough, piles of corpses went popping around her adopted sovereign. And Tatiana is determined to prove that this mysterious man has something to do with it. Or, does he really?