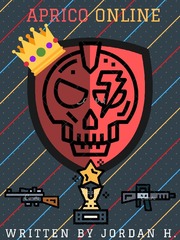 [This fiction has been permanently discontinued] The rising star of the Esports world, as well as the highest-ranked solo player, "Titan" decided to play the newly released game Aprico Online. Through a set of events, he finds himself forced to fight for survival in a competitive war game that only allows the top 100 ranked players to go home! In a game that prides itself on being as realistic as war itself, will Titan be able to take the throne as King of Aprico Online? Follow this VRMMORPG following the events of Titan and his emerging clan in the Magical-Military war game of Aprico Online! *Made For WPC #100*