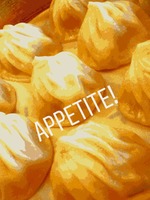 What is Appetite! [BL]

Appetite! [BL] is a popular web novel written by the author Phodoodles, covering COOKING, FOOD, SHOUNEN AI, AGE GAP, SLICE OF LIFE, BOYS LOVE, MODERN, DRAMA, Realistic Fiction genres. It's viewed by 26.9K readers with an average rating of 0/5 and 6 reviews. The novel is being serialized to 26 chapters, new chapters will be published in Webnovel with all rights reserved.

*****BL/YAOI/MATURE WARNING:***** -MAY CONTAIN THE FOLLOWING THEMES- -BDSM, SEX TOYS, DEPRESSION, EXHIBITIONISM, ALCOHOL/DRUG USE- -DUBIOUS CONSENT, SEXUAL ASSAULT, NON CONSENSUAL & ABUSE- PLEASE READ AT YOUR OWN RISK AND MATURE AUDIENCES ONLY. ******************************************** Ein Schmidt was disowned from his family due to his orientation 22 years ago. He now leads a successful life, he's the assistant manager and corporate secretary for Hotel Citron, a 1st class, international hotel based in London. Although his career was flourishing, Ein had lived a solitary life for two decades. But then, a day before his 40th birthday, spring came knocking on Ein's door, and slowly Ein started to open his heart... ~~~~~ Henry's golden irises radiated in the dark night, the cool wind blew gently and Ein watched his blond hair gracefully sway along. He then slowly reached for Ein's left hand, held it delicately and pressed it to his lips to give a kiss. "I don't care what you are, or how old you are... You're you, Ein. And... I loved you for who you are." ~~~~~ Updates will be x2 a week, Every Tuesdays and Saturdays. Before 5 PM EST ~~~~~

This Crayfish is not edible

The Number One Star in the Interstellar Era