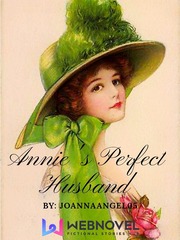 What is Annie's Perfect Husband

Annie's Perfect Husband is a popular web novel written by the author JoannaAngel05, covering STRONG FL, LOVE, BEAUTIFUL FL, HANDSOME ML, DESIRE, PASSION, EX SOLDIER, COWARDICE, OLD LONDON, Historical Romance genres. It's viewed by 964.8K readers with an average rating of 4.85/5 and 37 reviews. The novel is over and can be read all 138 chapters in Webnovel with all rights reserved.

Annie had never thought of what they were undertaking In the light. Despite all her Romantic fantasies, she had never really believed she would find a husband at any of the season's entertainments. She had already found her champion and, ridiculously romantic or not, she knew she would never want any other.....! A TWIST OF FATE... Major Ian Sinclair never expected to be named anyone's guardian. And especially not of the young woman whose father was responsible for ending Ian's career and very nearly his life. But war made men do strange things, and now Anne Darlington was his responsibility. A very attractive responsibility. ~------------------~ Fate thrust Annie Darlington into the strong arms of Ian Sinclair, a tortured nobleman. But his secret connection to her father threatened her unspoken dream that Ian would someday return her LOVE... ___________ Synopsis: "If she's your Stormy opposite, tenderness will bring her to your bed. —Hunk Jarek Stepnov on woman-hunting. Nestled between Jarek's black satin sheets was a beautiful stranger, but she was way too sexy to be Goldilocks. The mystery woman revealed herself as Leigh Van Dolph, a tigress seeking a stake in his family's territory! Jarek knew just how to thwart her—bring the sleeping beauty to his bed again... This time for the ultimate loving. But the lady exec turned the tables on Mr Temptation, for their intimacy summoned a primitive, powerful need for a woman all his own... ________ "What are you doing in my bed?" Panic flattened Leigh to the mattress. "You sleep here?" "Sometimes," the man's deep voice rumbled. Dressed only in her bra and panties, Leigh hitched the black satin sheet over her bare shoulder. "You really should have taken everything off," he whispered. "To better enjoy the sheets. They're the finest quality." "I'm here on business. I didn't mean to fall asleep. I was locked in here and thought I'd take advantage of the..." "You are in my bed. We have slept together." Leigh swallowed tightly. "You sound as if... You know, we've been intimate... And that isn't true." He shifted slightly and something she didn't understand slammed against her, taking her breath away. The massive bed seemed to slant, nudging her toward him on an erotic wave of satin sheets. Discord: JoannaAngel05#6579 Server: https://discord.gg/sPJ3yyj

My Vulnerary Husband- our journey towards love

The Emperor who loves me dearly