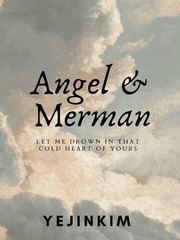 What is Angel and Merman

Angel and Merman is a popular web novel written by the author Yejin_Kim, covering ROMANCE, MODERN, MUSIC, SWIMMER, MUSICIAN FEMALE LEAD, Teen genres. It's viewed by 0 readers with an average rating of 0/5 and 0 reviews. The novel is being serialized to 0 chapters, new chapters will be published in Webnovel with all rights reserved.

It may seems uninteresting and weird to some of y’all. Well, I suggest you to ignore that and read this summary. From that, you may judge how the story would go. Mostly angel would meet a devil. But this time, change it to a merman. An angel may be the purest thing and only this merman can wreck her badly. This is where Kim Yara met Xiang Yi Fan. Her life changes as well as her heart. Angels are known strong but not Kim Yara. The most fragile girl that even cats could make her cry. And what makes her even more sensitive is when it comes to the merman she met. An angel must’ve met devil but she met a merman that was in the same course as her in music. Meeting the merman changes Yara from the purest angel to a wrecked angel. Xiang Yi Fan, the so called merman among his fans in the university. The most cocky and cheesy swimmer and suprisingly he knows that. The first meeting between him and Yara made his heart beating fast though it was embarrassing that Yara saw his vulnerable side. How did the so called merman changed the purest angel to a wrecked angel? What did Yara saw on their first meeting? Ready to go for a journey between Yara and Yifan? Please do support my story in wattpad or webnovel. -yejin_kim-