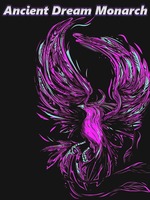 What is Ancient Dream Monarch

Ancient Dream Monarch is a popular fanfic written by the author Badfic, covering REINCARNATION, SYSTEM, BUSINESS, UNIQUE CULTIVATION, COMEDY, TRAGEDY, Book&Literature genres. It's viewed by 33.4K readers with an average rating of 0/5 and 0 reviews. The novel is being serialized to 10 chapters, new chapters will be published in Webnovel with all rights reserved.

Shortly after dying and reincarnating with a system, his system gave him a gift which caused a disaster for him. Leading him on the verge of death but due to being born in a prominent clan, his life was saved for a month which was enough time to him to fix his situation. But his clan crippled him due to absorbing the astral energy in a radius of several miles, in fear that he would ruin the cultivation progress of the other family members. Being the son of the clan head, he was raised well but became the servant of his one year older sister who controlled him due to her possessive and arrogant nature. Eventually he gained his freedom and started his legacy that would be a tragedy and a comedy to many across the worlds.

The Son of Time and the Olympians