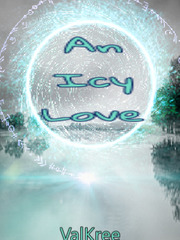 What is An Icy Love

An Icy Love is a popular web novel written by the author ValKree, covering MAGIC, LOVE, ICE, LEGENDARY, DEMONS, IMMORTALS, FAMILY, WINTER, REVENGE, FRIENDSHIP, Fantasy Romance genres. It's viewed by 23.6K readers with an average rating of 0/5 and 0 reviews. The novel is being serialized to 0 chapters, new chapters will be published in Webnovel with all rights reserved.

An icy love, prophesied to bring great destruction to the Universe. When a powerful and sadistic god meets the woman he had been waiting for, would he remain the stone cold deity hiding behind frozen barriers? An icy love, prophesied to bring great joy to the Heavens. When a kind yet emotional goddess meets the god that is her betrothed, would she remain peaceful and boring with books always by her side? Follow this fast paced tale full of bloodshed, tears and romance. Whether the immortal lovers can create an everlasting love during the most turbulent times in the Celestial Realm may not be in the hands of Fate. Recommended age: 17+ *** "Mortals cultivate their whole lives in hopes of attaining the perfect immortal life, to escape the cruel world. They must feel disappointed upon realizing the heavenly realm is just as cruel." "Love should never be rushed nor forced. A woman should never be property, a mere object." "In English, there is a word for divine beings: immortal. Take away one letter and the characters become immoral. We do not know how close we can be to being immoral." "Demons are not as scary as they say. If you would just open your eyes and look into yourself and others, that is." "I thought our dynasty would be the strongest. I thought our love would last. Why did it shatter like icicles that have fallen to the ground?" *** Major places include: -Heavens/Heavenly Realm -North Academy in Heaven -Demonic Kingdom/Dark World/Hell/Demon Realm -Earth About the world: -The Universe consists of many realms or 'worlds' -Realms could be on same planets -Celestial beings control mortal lives -Demons are immortals who strive for a utopian society, but their means are wicked -Magic is abundant, but not for humans About the deities in Heaven: -Very different build from humans, especially goddesses -Goddesses must serve and obey the gods -Goddesses suffer due to the Celestial female body. Gods suffer from ignorance and arrogance -Goddesses must be a mother if she is married -Goddesses who are warriors must train like a man. The men can test them however they see fit -Ancient Ones are the older generation of celestial deities, still gods and goddesses, but billions or millions of years old if not dead -Ancient Ones are revered by the younger generation -Anyone who is not a pure god will be ostracized and their chances of being friends with a pure god is close to zero. Marrying a pure god is a negative number -Immortals and deities believe they are at the top of creation -Focuses on purity, prestige and power -Powers come in the form of energy cultivated through fighting and meditation -Hundreds of deities work for High Deities in different divisions focusing on a specific element in nature or human condition -Heavenly Emperor is the ruler of the Heavens About the Demons: -Mysterious immortals who are notorious for being exceptionally cruel to their enemies -Loathes the golden gods -Focuses on the community, slaughters outsiders without batting an eyelid -Practices the Dark Arts -Second most powerful group of immortals, after the deities in Heaven -Challenges corruption, arrogance, lust, greed and all other vices -Masters of the Craze Bug -Demons believe they are bound by duty to save humans from the immoral immortals -Females are highly respected, especially if they are expecting mothers or are mothers -Females often sit in high positions in armies -Children are heavily protected -Males and females are transparent with each other, especially in marriages -Could not care any less about the thoughts of others -Power comes from within, many have the ability to instantly kill living things -Demon King and Queen are the rulers of the Demonic Kingdom

My Innocent Girl Friend Is The Fallen Demoness

The Change (book 1 of the change series)